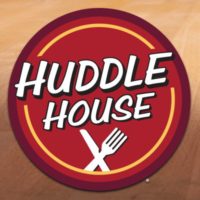 Huddle House is a popular American casual-dining restaurant. It is famous for delicious and quality breakfast, lunch and dinner. The restaurant is a favorite for many Americans. This is because of its fresh and wide menu. It also allows its customers to make of special custom-made dishes. Most Americans view the franchise as more than just a stop and eat restaurant.

The company has its headquarters in Decatur, Georgia. It has more than 410 locations in 22 states here in the US. Most of the outlets are in the southern states of the US. Others are in the Southwestern, Mid West and Mid Atlantic United States. The outlets are open 24 hours, 7 days a week. Any Meal. Any Time is the common slogan of the franchise. It uses the same names in its television advertisements.

Huddle House has a very exciting history. Since its establishment, it has had a very consistent growth. The company was founded in 1964 by John Sparks. Sparks was a business person who had earlier owned other food outlets. His value for quality meals and good service motivated him. These values have made the franchise what it is today.

Sparks saw some boys huddled up after a Friday evening football. They were talking and laughing with each other. It was a friendly conversation. He thought Huddle House would be a proper name. It would be a place for people to find quality meals and time for each other. That is how Sparks came up with the name for his new restaurant.

The first restaurant opened its doors in 1964, in Decatur. It had only 34 employees when it started its operations. It expanded impressively through franchising in 1966. John Sparks died in 1978. Pauline Sparks took over the management of the company. She steered the franchise into great heights. In 1994, she sold the giant enterprise.

The company has since changed ownership several times. However, the passion for quality food in a friendly environment has remained a guiding principle. Allied Capital acquired ownership of the company in 2006. Allied Capital was later acquired by Ares Capital in 2009. This deal made Ares Capital new owners of this enterprise up to 2011. Sentinel Capital Partners are the current owners of the enterprise.

Huddle House has a very enticing menu. In fact, their menu is wide and has a variety of dishes. They are specialists in fresh and tasty breakfast, lunch and supper delicacies. Their meals include starters, toasts, burgers, salads, dinner splatters, waffles and sandwiches. Premium breakfast splatters, burgers and dinner splatters are some of the recommended dishes.

The restaurant has a colorful, calm and relaxed atmosphere. Friendly and accommodating staff prepare and serve the meals in a peaceful environment. The restaurants have a busy ambiance. All outlets have comfortable chairs and suitable dining tables. The restaurants are very clean and hygienic. Relationship between employees is friendly. It is a recommended career destination for job seekers.

Huddle House has locations in all towns in southern, Midwest and southwestern United States. It has franchising and employment opportunities throughout the year. It is a place you can comfortably and peacefully meet friends over a meal. Waiting time range between 15- 20 minutes depending on your order. In addition to this, the food is fresh, delicious and home-style.